WASHINGTON D.C. — (12-20-21) — The Food and Drug Administration announced on Monday that they have approved the first long-acting injectable HIV prevention medication for use as pre-exposure prevention, or PrEP, against HIV.

The Following is the Official Statement Released by the FDA:

Apretude is given first as two initiation injections administered one month apart, and then every two months thereafter. Patients can either start their treatment with Apretude or take oral cabotegravir (Vocabria) for four weeks to assess how well they tolerate the drug.

“Today’s approval adds an important tool in the effort to end the HIV epidemic by providing the first option to prevent HIV that does not involve taking a daily pill,” said Debra Birnkrant, M.D., director of the Division of Antivirals in the FDA’s Center for Drug Evaluation and Research. “This injection, given every two months, will be critical to addressing the HIV epidemic in the U.S., including helping high-risk individuals and certain groups where adherence to daily medication has been a major challenge or not a realistic option.”

According to the U.S. Centers for Disease Control and Prevention, notable gains have been made in increasing PrEP use for HIV prevention in the U.S. and preliminary data show that in 2020, about 25% of the 1.2 million people for whom PrEP is recommended were prescribed it, compared to only about 3% in 2015. However, there remains significant room for improvement.

PrEP requires high levels of adherence to be effective and certain high-risk individuals and groups, such as young men who have sex with men, are less likely to adhere to daily medication. Other interpersonal factors, such as substance use disorders, depression, poverty and efforts to conceal medication also can impact adherence. It is hoped that the availability of a long-acting injectable PrEP option will increase PrEP uptake and adherence in these groups.

The safety and efficacy of Apretude to reduce the risk of acquiring HIV were evaluated in two randomized, double-blind trials that compared Apretude to Truvada, a once daily oral medication for HIV PrEP. Trial 1 included HIV-uninfected men and transgender women who have sex with men and have high-risk behavior for HIV infection. Trial 2 included uninfected cisgender women at risk of acquiring HIV.

Participants who took Apretude started the trial with cabotegravir (oral, 30 mg tablet) and a placebo daily for up to five weeks, followed by Apretude 600mg injection at months one and two, then every two months thereafter and a daily placebo tablet.

Participants who took Truvada started the trial taking oral Truvada and placebo daily for up to five weeks, followed by oral Truvada daily and placebo intramuscular injection at months one and two and every two months thereafter.

Apretude includes a boxed warning to not use the drug unless a negative HIV test is confirmed. It must only be prescribed to individuals confirmed to be HIV-negative immediately prior to starting the drug and before each injection to reduce the risk of developing drug resistance. Drug-resistant HIV variants have been identified in people with undiagnosed HIV when they use Apretude for HIV PrEeP.

Individuals who become infected with HIV while receiving Apretude for PrEP must transition to a complete HIV treatment regimen. The drug labeling also includes warnings and precautions regarding hypersensitivity reactions, hepatotoxicity (liver damage) and depressive disorders.

Review more on this announcement from the FDA by Clicking Here. 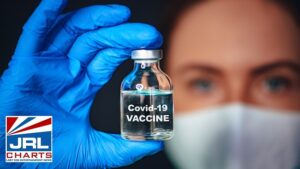