RALEIGH, NC — (12-04-21) — A spokesperson for the Raleigh Police Department confirmed ot JRL CHARTS LGBT Politics News on Friday, that they are hiring its first LGBTQ liaison. Details pertaining to the responsibilities of the position are being now being finalized and the position is expected to be filled in the coming weeks.

The move comes after the Human Rights Campaign’s 2021 Municipal Equality Index gave the city of Raleigh a score of 69 points out of 100. The HRC report examines how well cities are doing at keeping their municipalities inclusive and safe for their LGBTQ residents. 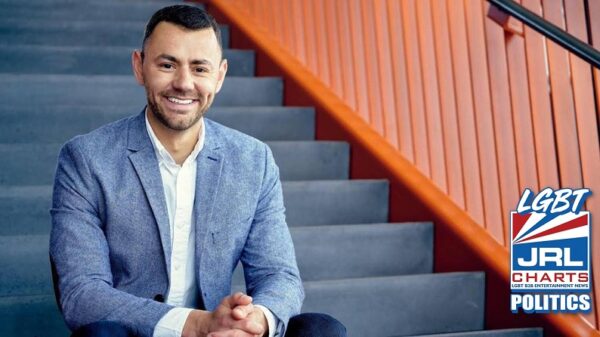 Melton continued…“We have worked really hard to try to increase that score and also extend greater protections to the community. The police liaison position was a big void that we have had,” said Melton.

Melton did state that the Raleigh police department would have already had a liaison by now but the COVID-19 pandemic and protests after the killing of George Floyd in Minneapolis put things on hold.

“Our new police chief first got on-boarded and it was the first thing I talked to her about — the RPD liaison position, how we need it,” added Melton. “She agreed, and the city manager agreed.” said Melton.

Raleigh Police Chief Estella Patterson (pictured above), came from the Charlotte-Mecklenburg Police Department, which has had an LGBT liaison since since 2012. Charlotte scored an 86/100 in the equality index this year.

For the state of North Carolina, the city Durham came in first place with a perfect score. The Durham Police Department announced its first LGBT liaison back in September 2016.

According to the department’s website, the liaison’s role is to “promote cooperation between the Durham Police Department and the community, while taking a leading role in building a vital link between the police and the LGBTQ community.”