According to the narrative being spread across right wing media outlets, McDaniel crossed the line with conservative Christians when she announced last week the creation of an “RNC Pride Coalition” at an annual dinner put on by LGBTQ Conservative group, Log Cabin Republicans (LRC).

In a 1,100-word fundraising email with the subject line of “RNC Chair MUST Change Course or RESIGN,” OKGOP chair John Bennett said McDaniel “must resign” if “she cannot or will not stand for who we say we are.”

Bennett went on to say that…“The OKGOP will not cooperate with this decision and, as your Chairman, I assure the Oklahoma Republican Party that I will continue to stand up for our Republican Party Values and our principles,” Bennett wrote in the email. He added that religious freedom is “flat-out incompatible with the pillars of the LGBT movement.”

“Let’s clear the way of those who are either too incompetent or too selfish to actually defend liberty and our Judeo-Christian founding,” wrote Bennett wrote in his 1,100-word email. Naturally at the end of the attack on McDaniel, the OKGOP asked for donations.

Bennett’s email cites the official GOP platform, which, after more than six years since SCOTUS legalized gay marriage nationwide, still defines “natural marriage” as between “a man and a woman.”

“The current platform, which will extend through at least 2024, is identical to the platform from 2016—the year after the landmark SCOTUS ruling—which the party left unchanged last summer amid chaotic and contentious negotiations ahead of the national convention.” wrote Bennett.

Bennett also attacked several LGBT Log Cabin policies in his attack email by calling for “a nationwide ban on conversion therapy for anyone under the age of 18.” Something right wing politicians continue to support the barbaric practice.

This isn’t the first time Bennett has found himself in the middle of a controversy. In fact Republicans were calling for his resignation back in August after comparing vaccine mandates to the persecution of Jews during the Holocaust.

Did he apologize for such an outrageous comment? No.. he doubled down and raised money off of the controversy. 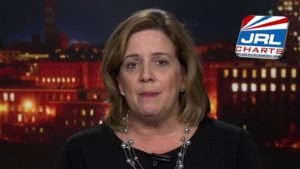