The two books that are being returned to high School library shelves are “All Boys Aren’t Blue” and “Fun Home”. A school district spokesperson confirmed to JRL CHARTS LGBT Politics that the district sent out a letter to students’ families last Friday of the decision to return the books to all school libraries.

Both books were pulled from library shelves back in October following a school board meeting packed with anti-LGBTQ activists and parents who performed beautifully for local news cameras by complaining that the books were inappropriate and sexually explicit. Obviously, none of the complainers had ever bothered to read the books to come up with such comments as “sexually explicit” during their shouting matches.

“I am shocked and absolutely aggravated at what is in our school systems,” James Richmond, president of one of the district’s parent associations, told local news station KCTV. Nothing like getting your 3 minutes of fame!

The American Civil Liberties Union of Missouri issued a warning on Monday to the school district for removing the books in the first place, claiming the decision violated students’ First Amendment right. They also demanded that the books be returned to all libraries no later than 10 p.m. on Monday November 22nd.

“Students must be free to access library books—without discrimination or censorship—that are LGBTQ+ affirming as well as books that provide an inclusive and accurate history of racism,” said ACLU of Missouri Executive Director Luz María Henríquez in a statement released to media outlets. 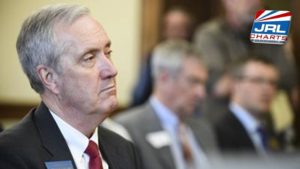