While Mile High Media is busy gearing up to release Icon Male Studios, ‘Schoolboys 2 DVD (2021), November 10th, the marketing and publicity division is excited to be a part of this exciting event taking place November 7th at The Barracks.

“I’m thrilled to celebrate Palm Spring’s Pride at The Barracks official after party with co-hosts Jack and Cesar,” said Nick Fitt. “What a perfect place to close out the Pride season. After nearly two years of the pandemic, we need to have some fun, while also honoring the sacrifice of those who fought for the rights of LGBTQ+ community all those years ago.” said Fitt.

The JACK ON party will feature music, drinks and exclusive giveaways from Icon Male, plus plenty of sexy entertainment.

“We are excited to support Palm Springs Pride as the after-party sponsor with Cybersocket,” Jon Blitt, vice president of Icon Male’s parent company Mile High Media told JRL CHARTS. “Nick along with his fellow performers will bring their indelible star power and charm that has made them fan favorites. Our films featuring these men playing in the background at The Barracks will lend to a very good time this Sunday.” said Blitt.

The Barracks after party is part of the annual celebration presented by Palm Springs Pride Festival, held from Nov. 1 to 7 in order to celebrate the strength, equality, diversity and self-determination of the LGBTQ+ community. For more information, please visit pspride.org. 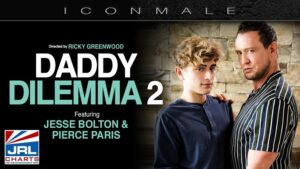 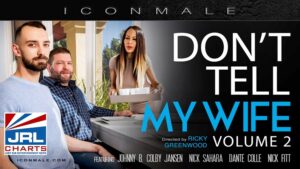