INDIANAPOLIS, IN — (10-18-21) — For the second time within 7 days, a car has plowed into an adult store.  This time its the Lion’s Den Adult Superstore located at 4405 Georgetown Road on the northwest side of town.

The first incident was with the adultmart store following a police chase on October 14 and now, The iconic Lion’s Den becomes the second victim of to experience this horrific incident. 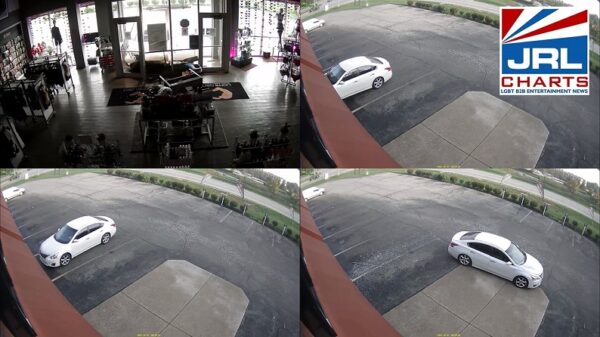 The driver then puts the car in reverse and leaves the scene. Surveillance video released to WRTV shows the moment the driver purposely crashed into the Lion’s Den on Sunday October 10.

A spokesperson for Lion’s Den told Local ABC affiliate WRTV Indianapolis, that the crash caused significant damage to the storefront and, they want to know if this was an accident or intentional.

“We understand accidents may happen; however, we want to learn more and understand the intent behind the incident to ensure that it does not happen again for the safety of our employees and patrons,” said Nick Bettress, Lion’s Den’s regional supervisor in a statement.

JRL CHARTS reached out to the Indianapolis Metropolitan Police Department to get an update on the investigation and a spokesperson simply stated that a report had been filed but at this time, they are not sure if the crash was an accident or intentional.

However in this reporter’s opinion, the video clearly shows that this was no accident, especially with this happening two weeks after the brick and mortar giant opened its second Indianapolis location at 4250 E Southport Rd., that angered many in the area.

The brick and mortar retail giant that operates 45 locations nationwide are offering a $10,000 reward for any information that leads to the person of interest in this case. 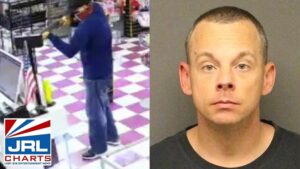 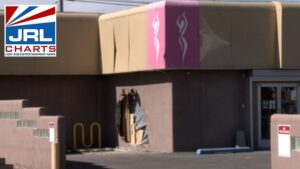 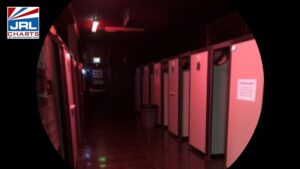