THE EQUALIZER is a reimagining of the classic series starring Queen Latifah as Robyn McCall, an enigmatic woman with a mysterious background who uses her extensive skills to help those with nowhere else to turn.

Queen Latifah is back and unstoppable as Robyn McCall in another exciting season of The Equalizer. Robyn McCall is the justice crusader for those who have nowhere else to turn. She’s the one you call when you can’t call 911. 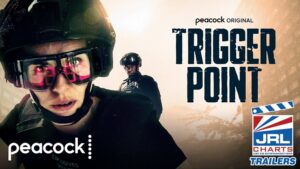