NEOSHO, MO — (09-09-21) — A Missouri openly gay teacher identified as John M. Wallis, resigned from his position at a middle school following the order to remove his gay pride flag in his classroom. Wallis also alleges that the school instructed him not to discuss topics related to sexual identity to students. He resigned and immediately filed a lawsuit against the school district.

John M. Wallis had recently been hired at Neosho Junior High School to teach speech, theater and world mythology, argued in a lengthy Twitter thread over the weekend that school administrators “chose to believe the bigotry of parents over their building’s teacher.” said Wallis.

“To say I am devastated is an understatement,” the 22-year-old teacher added.

Wallis says that a parent complained after he displayed a Pride flag on his bookshelf and a sign reading, “In This Classroom EVERYONE is Welcome.”

“This was an attempt to make my classroom more open and welcoming for all of my students, and nothing was ever taught about the flag because it stood there as a reflection of my classroom as a safe space for my LGBTQIA+ students,” wrote Wallis on Twitter.

Neosho has no mention of gender identity or sexual orientation in their non-discrimination policy, and that is disconcerting enough. Couple that with a policy banning anything that expresses part of me in the classroom, and it makes for a hostile work environment.

To my fellow teachers at NJHS, I am sorry to be leaving so quickly and under these circumstances. To my students, I still love you and wish you the best with your new teacher. To the parents, I hope your children know just how special they are.

There is never a problem when a heterosexual teacher displays pictures of themselves and their spouses in a classroom, but I have a flag and all hell breaks loose.

Wallis further claimed that the parent accused him of teaching their child to be gay. “She instructed me to take my flag and signs down.” wrote Wallis.

“This of course prompted students to ask why, and I answered truthfully while expressing that, if students had a problem with who I was, there were other open classes,” he wrote, adding that the conversation “led to three or more calls from parents accusing me of pushing my agenda in the classroom.”

Wallis said he ultimately resigned after the school district asked him to sign a letter “that stated I would not discuss human sexuality or my own personal sexuality in the classroom and could have no displays or coursework on those subjects.”

According to a copy of the letter shared with the Springfield News-Leader, district Superintendent Jim Cummins wrote, “Our classrooms cannot become a personal platform for pushing one’s personal agenda. Your position in the Neosho School District is to teach speech and drama classes.”

“If you are unable to present the curriculum in a manner that keeps your personal agenda on sexuality out of your narrative and the classroom discussions, we will ultimately terminate your employment,” Cummins reportedly added.

Wallis tweeted that while he “had every intention of staying with this district for years to come,” the situation had become “too much to handle.”

“This experience has helped me realize that this is clearly not a place for me,” he added. 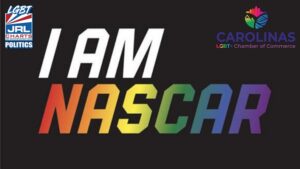