WASHINGTON D.C. — (08-15-21) — Trump called on President Joe Biden to “resign in disgrace” on Sunday over the withdrawal of troops from Afghanistan which he brokered. But here is the kicker.. the Republican party has been busy deleting their support of the Afghanistan Withdrawal when Trump was in office form their website.

“It is time for Joe Biden to resign in disgrace for what he has allowed to happen to Afghanistan, along with the tremendous surge in COVID, the Border catastrophe, the destruction of energy independence, and our crippled economy,” Trump wrote. “It shouldn’t be a big deal, because he wasn’t elected legitimately in the first place!”

And while Trump was busy whining and complaining for attention, journalists started posting on social media that the RNC had removed a page from their website in which they highlighted their support for withdrawing all our troops from Afghanistan.

Trump says Biden should “resign in disgrace” over Afghanistan pic.twitter.com/K26oxLEruI

How quickly can the politics around Afghanistan change? Here’s a section on the RNC’s website in June; click it now and you get a 404 error. (Rest of page was about Kosovo/Israel-Arab deals.) https://t.co/kDJo95QfiF pic.twitter.com/HkZok9mgJW

BREAKING: The Republican Party has deleted a page from their website that pointed out that Trump wanted to pull out of Afghanistan.

Worth remembering that some Trump-aligned Republicans argued last fall that Biden was the candidate who’d continue wars in the Middle East and Trump was the withdrawal candidate. pic.twitter.com/LPvR8DAbzZ 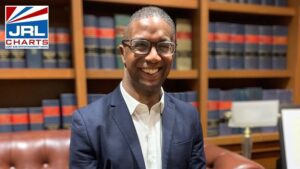