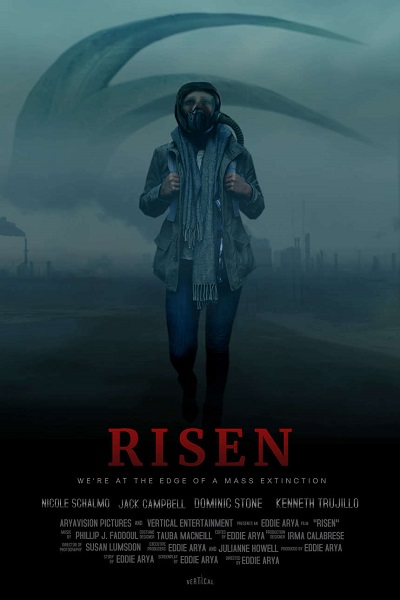 Synopsis:
“Disaster unfolds in Badger, a small farming town in the state of New York when a meteor strike contaminates the air, turning it toxic. People begin to die. Lauren (Nicole Schalmo), an astrobiologist, tracked by Homeland security, is called in to find answers for this unearthly event. She reluctantly gets involved in the effort to solve the ensuing crisis.

Meanwhile, a gigantic tree, an other-worldly object has grown at the site of the meteorite impact. It becomes apparent, once was speculated to be a meteorite is in fact an experimental seed sent to Earth in their search for a new home. The seed has been sent from a dying world, a desperate world in order to grow their trees to create a habitable environment for themselves on Earth and then colonize it.”

Vertical Entertainment is set to release ‘Risen’ on August 20, 2021 in select theaters and On Demand.