LAS VEGAS — (07-14-21) — Amazon employees have called it quits over the past few weeks in protest to Amazon’s e-commerce’s decision to sell a book that promotes the idea that transgender people suffer a mental illness.

So far two employees have submitted their resignations following a complaint that was posted internally and as of this report, has garnered support from more than 467 Amazon corporate employees.

The complaint stems from a decision made by Amazon back in March, claiming that it had “chosen not to sell books that frame LGBTQ+ identity as a mental illness.”

Employees circulated the petition calling for the book “Irreversible Damage: The Transgender Craze Seducing Our Daughters” by Abigail Shrier, be removed from Amazon’s website.

According to NBC News, Shrier pushed back on the claims that her book frames LGBT identities as a form of mental illness, and went on to state that the book is currently listed as the first bestseller for the hardcover version in Amazon’s “LGBTQ+ Demographic Studies” category.

Selene Xenia was one of the first employees to resign in June over Amazon’s decision to continue carrying the book said…“The book literally has [craze] in the title and considers being transgender a mental illness in many senses throughout the book,” Xenia told the NBC News. “I found it extremely hypocritical for Amazon to say that it would stock this book and not another similar one,” said Xenia. “It looks like Amazon had to remove that particular book for PR reasons, not because they felt morally obligated to.” said Xena.

In an emailed statement to press outlets, an Amazon spokesperson said…“As a bookseller, we believe that providing access to written speech and a variety of viewpoints is one of the most important things we do – even when those viewpoints differ from our own or Amazon’s stated positions,” said Xena. 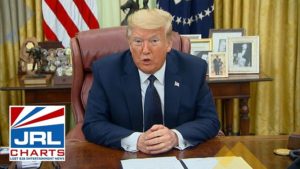