Sarasota Mayor Hagen Brody told NBC News ..“Today we received word from our FDOT District Secretary, following a meeting of the Secretary’s statewide, that they have reconsidered our denial to light the Ringling Causeway Bridge in recognition of Pride Month,” said Brody. “As a result, our FDOT is reversing that decision and affirming our request as a matter of ‘broad community interest,’ ” said mayor Brody.

The FDOT claimed that it originally denied the request for the rainbow lights to be displayed for PRIDE month due to a technical issue. FDOT says says the city of Sarasota needs to pass a formal resolution for the lights display before they are allowed to go up. Mayor Brody says they expect to pass a resolution by next Monday.

“Upon passing such resolution the bridge will be lit for the final week of the month, including June 28th known as Pride Day in commemoration of the incidents resulted in the LGBTQ human rights movement,” added mayor Brody. 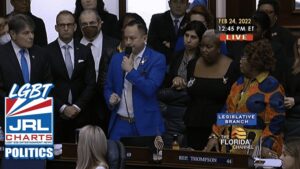