WASHINGTON D.C. — (06-01-21) — After four years of recognizing PRIDE Month, President Biden issued a proclamation on Tuesday recognizing June as PRIDE Month in the USA, underscoring the need to continue to fight to ensure equal rights for the LGBTQ community.

“Pride is both a jubilant communal celebration of visibility and a personal celebration of self-worth and dignity,” said President Biden. This Pride Month, we recognize the valuable contributions of LGBTQ+ individuals across America, and we reaffirm our commitment to standing in solidarity with LGBTQ+ Americans in their ongoing struggle against discrimination and injustice,” said Biden.

Biden’s recognition of Pride Month is a reversal of the former administration’s refusal to recognize the LGBT community’s PRIDE month celebration last year. Instead the anti-LGBTQ Trump administration made a concerted effort to roll back all protections for the LGBTQ community that prevented discrimination in health care based on one’s gender identity. Thankfully president Biden has restored those protections after taking office.

Biden has elevated officials who are LGBTQ to high level posts within his administration including, Transportation Secretary Pete Buttigieg who became the first openly gay Cabinet secretary to be confirmed by the Senate.

Rachel Levine, an assistant secretary in the department of Health and Human Services (HHS), became the first openly transgender person in history to be confirmed by the Senate.

“While I am proud of the progress my Administration has made in advancing protections for the LGBTQ+ community, I will not rest until full equality for LGBTQ+ Americans is finally achieved and codified into law,” said Biden while promoting the passage of the Equality Act and for improvements to elder care for older members of the LGBTQ community. 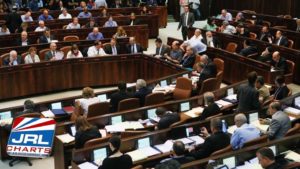