Synopsis:
“An ape, lost in space, crash-lands back to Earth. The vessel oozes a sludge that triggers massive growth in both the ape, as well as a passing Gila monster. Once the creatures reach titanic size, their paths cross again, leading to a giant brawl in which Mankind hangs in the balance.”

APE VS MONSTER is now playing in select theaters and is scheduled to be released theaters on DVD and VOD May 30th. 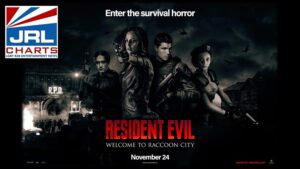