CLYDE, TX — (04-22-21) — Openly gay student Trevor Wilkinson, 17, wrote a petition back in December because his school suspended him for painting his nails.  In his successful petition, Wilkinson explained that “girls are allowed to paint and get their nails done” and that males who get their nails done would be reprimanded. 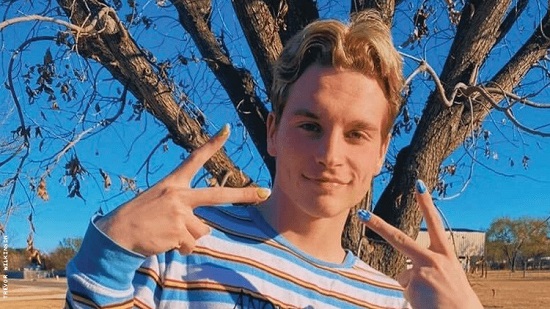 The petition generated over 400,000 signatures in no time and the topic made its way to the Clyde CISD school board meeting where Wilkinson took to the microphone to speak out.

The ACLU backed Trevor Wilkinson as its Texas chapter wrote a 54-page letter that took issue with the Clyde CISD’s policy.

On April 19, 2021, the Clyde CISD school board made history by voting to change the wording of the student handbook so that the guidelines do not single out genders.

“It is with great honor that I am pleased to announce that Clyde High School’s dress code is officially gender neutral forever,” Wilkinson told KTXS. “I’m at a loss of words for the joy I am feeling on this special day. I am so blessed by the support, love, and help I have received through this experience.” said Wilkinson.