WASHINGTON D.C. — (04-08-21) — The Lincoln Project are going after bombastic Matt Gaetz (R-FL), who finds himself in the middle of a political scandal and possible criminal charges that he had sex with a 17 year-old.

Here’s what we know about an investigation into Gaetz and possible child sex trafficking.

The scandal surrounding Rep. Matt Gaetz (R-FL) has grown increasingly complex, with new revelations coming to light every day, especially after his close associate, Joel Greenberg, who has been indicted for several crimes, including sex trafficking of a 17-year-old girl in the summer of 2020.

The heat Matt Gaetz is feeling has gone from bad to worse now that his close associate Joel Greenberg has allegedly agreed to a plea deal with prosecutors, who are reportedly investigating whether Gaetz had a sexual relationship with a 17-year-old..

They are also investigating where the congressmen had allegedly paid for the 17 year-old’s travel expenses as well as payments he and his close associate Joel Greenberg allegedly made to young adult women he had relationships with.

It is also worth mentioning that the investigation into Matt Gaetz began under the former administration’s Department of Justice in 2020. 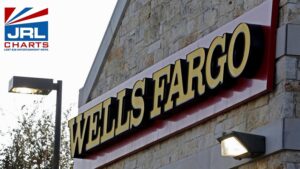