The $1.9 Trillion package is a result of a combination of measures that have been approved by at least nine different committees.

The full COVID-19 $1.9T Relief Package could pass the House as soon as next week, however it faces what is expected to be a huge battle in the Senate given Democrats’ razor-thin majority in the upper chamber and opposition from some centrists like Democratic Senator Joe Manchn over some of the bill’s language, particularly over a boost to the minimum wage.

“This reconciliation bill is the next step toward implementing the American Rescue Plan and finally changing the direction of these crises,” said Rep. John Yarmuth (D-Ky.), the chair of the Budget panel. “Without this relief package, conditions will spiral further out of control and families will suffer needlessly.” said Yarmuth.

“We are in a race against time, and aggressive, bold action is needed before our nation is permanently scarred by the human and economic costs of inaction,” added Rep. Yarmuth. “We have the plan and the fiscal space, we have the American people behind us, and now we have the bill to get it done.”

The 591-page bill comes as the deadline for expanded unemployment benefits, which are set to start expiring next month hangs in the balance.

Several of the provisions advocated by president Joe Biden are stimulus payments of up to $1,400 following the $600 that millions of Americans received under the last package. The legislation also extends supplemental unemployment benefits and boost them from $300 per week to $400. Nutrition assistance and housing aid are also included in the bill.

Other provisions include $195.3 billion to states, $130.2 billion to local governments and $14 billion to research, develop and distribute vaccines. 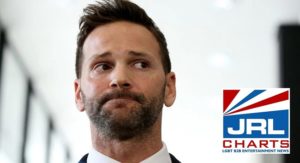