Synopsis:
“Utah and Opal are junkies living on the streets of rural Ohio until a seemingly chance encounter with the enigmatic Wood brings them to Los Angeles for drug treatment. Utah appears to find sobriety with the help of treatment center shrink, Dr. White, and tech turned love interest, May. They soon learn that drug treatment is but a cover for a predatory business, enlisting addicts to recruit other addicts.”

Vertical Entertainment is set to release on February 18, 2021. 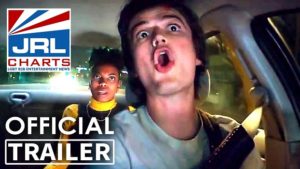