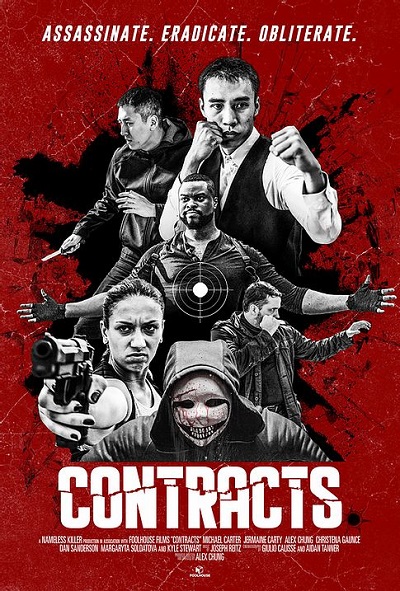 Synopsis:
” A team of assassins led by an extremist become victims of a superior killer.”

The film is being distributed in the USA by Indiecan Entertainment and APL Films for International distribution. The official trailer for “Contracts” premiered on November 6th, 2020.