Synopsis:
“The gay zombie nightmare over, Jack and David get what they were looking for all along. Hot sex in a fantasy playground of gay fucking! But who would’ve guessed the uninhibited action they dreamed of would end up as two loving boyfriends all alone exploring every inch of their hot horned-up bodies together? Jack lies back with a huge stiffy, and David gobbles it down like it’s the very first time. “I want this in my ass so BAD,” David begs. “Can I have it!?” He crouches down on all fours while Jack laps at his insatiable hole. A big gob of spit juices up his crack and Jack kneels behind with his giant tool ready to ram in bareback.

David’s so hungry for his man’s cock that he howling and backing into each hard stroke. Jack grabs the waist of his bf’s jock and guides his dick deep across David’s twitching prostate. Once David’s on his back opening his butthole to Jack’s relentless plowing, it’s getting close to a juicy cumsplosion. Licking and lapping at each others’ tongues, Jack gives David the load he’s been craving.”

Written and Produced by:
Danny Zeeman

Gayvengers DVD – PeterFever Is Coming to Retail in July 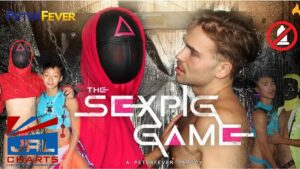 The Sexpig Game Parody EP01: Spank Me Twice, Shame On Me Debuts 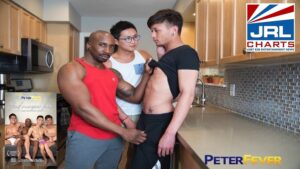 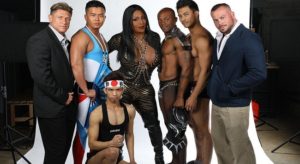