WASHINGTON, D.C. — (10-14-20) — South Carolina Senator Lindsey Graham showed his true colors again today when he asked Supreme Court nominee Judge Amy Coney Barrett…“you aren’t aware of any effort to go back to the good old days of segregation by a legislative body, is that correct?”.

Lindsey Graham made the remark during his questioning of Judge Amy Coney Barrett. when he asked the her how much confidence she has in the landmark ruling of “Brown versus Board of Education” as a super precedent.

Needless to say heads turned no only in the Senate chamber but also among commentators and viewers. The “Good old days of segregation?” I’m sure the suspect closet gay senator was joking, despite the lack of any facial cue or body language suggesting he was joking.

This is the second time within a week that Graham finds himself sticking his foot in his mouth when it comes to racial issues. Graham got into hot water when he said during last week’s Senatorial Debate with Democratic challenger James Harrison…”Young Black people and immigrants could “go anywhere” in South Carolina, you just need to be conservative, not liberal.”. Click Here to see it for yourself!

Graham now claims his reference to the “good old days of segregation” was “with deep sarcasm” pic.twitter.com/nQ9DNev8Zz

Following the immediate uproar over his comments, Senator Graham went into damage control and said that his comments were made with “deep sarcasm.” 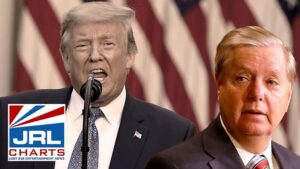