WASHINGTON D.C. — (09-15-20) — The Trump campaign has humiliated Donald Trump yet again by running an American patriotic-themed online ad over the 9/11 weekend using Russia Military assets!  Then had the nerve to use the tag line of “Support Our Troops.

But rather than showcase images of the U.S. Air Force fighter jets, the ad included silhouettes of Russian MiG-29 fighter jets while one of unidentifiable soldiers in the ad also appears to be carrying a Russian-designed AK-74 military rifle.

The embarrassing ad was flagged by Politico, which caught the mistake in an article on Monday night. The ad campaign had been running since Friday and was paid for by the Trump Make American Again Great Committee, a joint effort between the RNC and the Trump re-election team.

Politico also tracked down the advertisment’s original image which can be found Right Here on the stock image library site, Shutterstock. It includes dozens of tags including “American”, “USA,”, “NATO,” as well as “Russian,” “Syria,” and “Afghanistan.”

Neither the Trump campaign or anyone from the RNC responded to a request for comment from JRL CHARTS regarding the humilating fumble for the president who’s slogan is “Make America Great Again”. Last time I checked Russian fighter jets nor their soldiers are a part of that scenario. 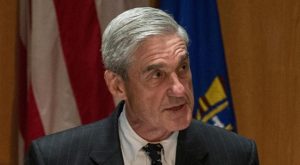