LAS VEGAS — (09-11-20) — Get your first look at director Alister Grierson’s ‘BLOODY HELL’ official horror movie trailer, starring Ben O’Toole, Meg Fraser and Caroline Craig, in a story about a man with a mysterious past flees the country to escape his own personal hell! Only to arrive somewhere much worse.

The BLOODY HELL official movie trailer was released by Eclectik Vision on September 11 . The upcoming horror movie was written by Robert Benjamin and produced by Joshua Paul, Brett Thornquest and Robert Benjamin, with Steven Matusko serving as executive producer. 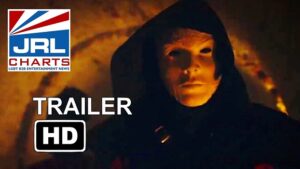