WASHINGTON D.C. — (09-07-20) — The Trump Campaign’s who is being accused of reckless spending as their $1 Billion dollar war chest has nearly dried up for lack of donations due to Donald Trump’s behavior and lack luster poll numbers.

According to a report by the New York Times, the recent demotion of former campaign manager Brad Parscale was a red flag of a the systemic problem within the organization that has left it at risk of falling short of money in the final two months of the presidential campaign.

“Mr. Trump’s financial supremacy has evaporated,” the Times reports, noting that the Joe Biden campaign just set a monthly record in August with a monster haul of $365 million in donations (the Trump camp has not released its August figures yet). And, by the start of July, his campaign and the DNC had all but erased the Trump/RNC’s cash-on-hand advantage. “Of the $1.1 billion his campaign and the party raised from the beginning of 2019 through July, more than $800 million has already been spent. Now some people inside the campaign are forecasting what was once unthinkable: a cash crunch with less than 60 days until the election.”

Over the weekend, the Trump campaign announced it was temporarily stopping its TV ads in Arizona for up to a month, until early voting starts. That comes after it also suspended its TV ad buys in Michigan, another key battleground state.

The story goes into detail about the reckless spending the Trump campaign has been accused of doing including a staff car and driver for Parscale, nearly $1 million dollars more spent on boosting Parscale’s Facebook and Instagram pages, $30 million to produce MAGA hats and other campaign swag, and $11 million on ads at this past year’s Super Bowl.

That last expense, repored the New York Times, totaled more than the campaign has spent through July on TV advertising in Iowa, Minnesota, Wisconsin, and Michigan, four key swing states.

One has to wonder what on earth is going on with the Trump Campaign. 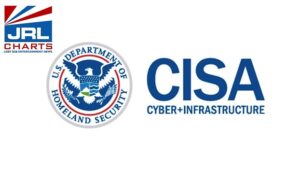