Produced by Ballif, Morris, Allen Bradford, and Jordan Swenson, “They Live Inside Us” is an adaptation of episode #4 of The Witching Season anthology series, with once again stars James Morris in the lead role.

Synopsis:
“Jake takes his daughter Dani to spend Halloween in a notoriously haunted house with the hope of finding inspiration for a new writing project. He quickly realizes he is living in his own horror story.”

Gravitas Ventures will release “They Live Inside us” on DVD, Digital and VOD October 6, 2020.

Watch – They Live Inside Us  – Official Trailer 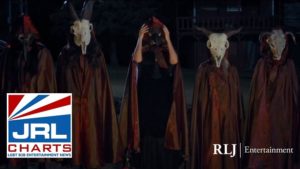