WASHINGTON D.C. — (07-30-20) — Donald Trump’s campaign suspends a majority of its TV ad buys less than 100 days before the 2020 election, a clear sign Trump may have lost interest in being re-elected president.

Advertising Analytics reports that Trump’s campaign has suspended the majority of its advertising in the last couple of days and has virtually no ad money currently lined up for August.

FOX News, CNN and MSNBC reported on Wednesday that both the Trump campaign and his super PAC have stopped buying television and radio ads in Michigan, a battleground state worth 16 electoral votes. Joe Biden’s campaign reportedly doubled its total advertising in Michigan from June to July.

A campaign official told NBC News that the demotion of former campaign manager Brad Parscale has led to “reviewing” and “fine-tuning” their re-election strategy.

“With the leadership change in the campaign, there’s understandably a review and fine-tuning of the campaign’s strategy. We’ll be back on the air shortly, even more forcefully exposing Joe Biden as a puppet of the radical left-wing,” a Trump campaign official told NBC News.

Parscale was demoted from campaign manager to being a senior adviser on the campaign on July 15, after the Tulsa rally that resulted in the death of former presidential candidate Herman Cain today of COVID-19.

Trump’s current ad buys are running a misleading claim that Joe Biden wants to defund police departments when he has on multiple occassions said he is not for supporting that policy.

In an interview with Fox’s Chris Wallace, Trump said Biden supports defunding the police but Wallace pushed back and debunked the charge. Eventually, Trump couldn’t prove his claim in Biden’s charter signed with Bernie Sanders.

“That has never been my position, it is not my position now,” said Biden. “Where I stand on it is police have to clean up their act.”

We reached out to the Trump campaign for comment on this story but have yet to receive a call back. Should they do so, we will update this article with their response. 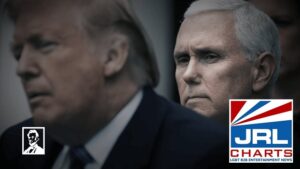