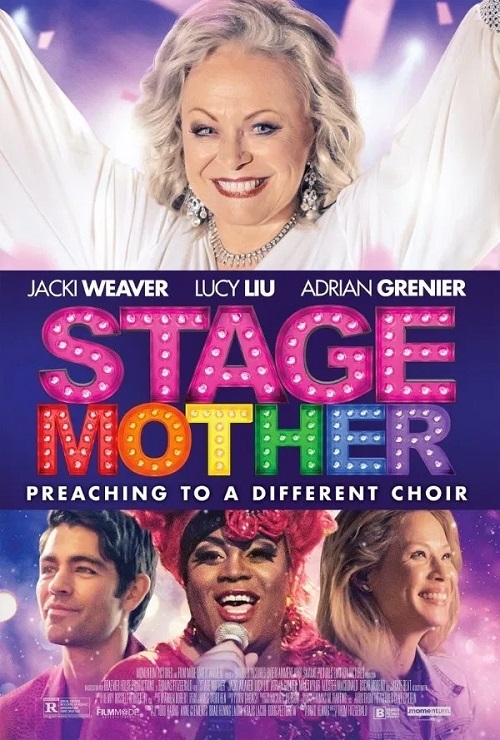 Synopsis:
“When conservative, Texas church-choir director Maybelline (Jacki Weaver) inherits her recently deceased son’s drag club, she surprises her closed-minded husband and everyone else she knows by moving alone to San Francisco to save the club from bankruptcy.

In this raucous, racy new environment, she begins to open up and find new meaning for her life, even becoming a mother-figure to the club’s flamboyant performers until a surprise visit threatens to upend her new life.”

The ‘Must See” gay comedy drama had its world premiere at the Palm Springs International Film Festival on January 4, 2020. It is now scheduled to be released in cinemas on August 21, 2020, by Momentum Pictures in the USA

GEM Entertainment will release “Stage Mother” in the United Kingdom in cinemas on July 31, 2020.