According to the Post’s Carol D. Leonnig and Josh Dawsey, Vice president Pence’s staff was concerned about the visit beforehand:

“On Monday night, the Secret Service urged Pence’s staff to delay the Tuesday trip until Wednesday because at least one agent on the ground had a confirmed case of Covid-19 and other agents and federal officers preparing for the Arizona visit were showing signs of illness, according to two administration officials.

The Secret Service needed time to bring in healthy agents and other personnel to replace the ones who were either sick or most likely sick, one of the officials said. The official said the Secret Service estimated that a total of eight to 10 agents and other officers from sister agencies — all of whom were helping prepare for Pence’s visit to Arizona — had fallen ill.”

Arizona has seen almost 80,000 cases of coronavirus since the beginning of March and a massive surge over the past 2 weeks. On Wednesday, the state saw an increase of 4,877 Covid-19 positives, tying the record for the highest, single-day number of new cases, which was set one day before.

In May, a Department of Homeland Security report found that at least 34 members of the Secret Service detail had contracted the novel virus. That came after a personal valet to President Donald Trump tested positive, as well as Katie Miller — a senior aide to Vice President Mike Pence who is married to Trump’s senior adviser Stephen Miller. 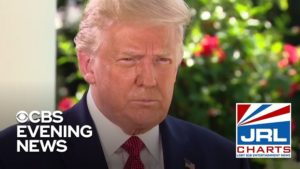