In a stunning 5-4 decision, the Supreme Court justices said the Trump administration failed to give an adequate justification for terminating the Deferred Action for Childhood Arrivals (DACA) program, as required by federal law.

“The dispute before the Court is not whether [Department of Homeland Security] may rescind DACA. All parties agree that it may. The dispute is instead primarily about the procedure the agency followed in doing so,” Chief Justice John Roberts wrote for the majority.

The ruling keeps intact a program that is open to an estimated 1.3 million non-citizens who are eligible for DACA by virtue of having been brought to the U.S. as children, and who have maintained residency and meet the education or military service requirements and other criteria.

This has been a week of defeats for the Trump administration as for the third time in 3 days, the U.S. Supreme Court has ruled that the LGBTQ community are protected under the Civil Rights And rejecting Trump’s Santuary City Law case.

As of this report, there has been no comment from the White House nor a tweet from President Trump.

Do you get the impression that the Supreme Court doesn’t like me?

These horrible & politically charged decisions coming out of the Supreme Court are shotgun blasts into the face of people that are proud to call themselves Republicans or Conservatives. We need more Justices or we will lose our 2nd. Amendment & everything else. Vote Trump 2020! 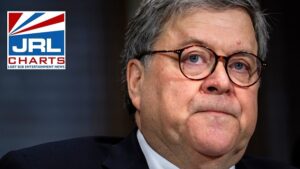