BUDAPEST, HUNGARY — (06-01-20) — Hungary approved legislation banning the legal recognition of transgender and intersex citizens on May 20, 2020. Activists condemned the passage and say the new law threatens to set back hard-won LGBT rights back decades.

While the planet has been enduring the Coronavirus COVID-19 pandemic, conservatives wasted no time in passing their anti-Transgender law that defines gender based on chromosomes at birth, changing the characteristic wording from ‘sex’ to ‘sex assigned at birth’.

The amendment means transgender Hungarians can no longer alter their gender and name on official documents, such as identity documents and marriage certificates.

“Given that the complete change of the biological sex is not possible, it is necessary to state in law that there is no possibility to change it in the registry of births, marriages, and deaths, either,” an explanation accompanying the amendment said.

The anti-transgender law was originally proposed by Hungary’s deputy prime minister on March 31, as part of a package of legislation amendments.

The bill was passed by 134 to 56, behind the two-thirds majority of prime minister Viktor Orbán’s Fidesz party, despite opposition from other parties. 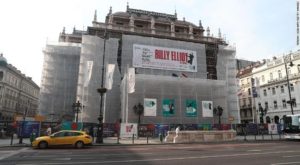