Solstice Studios released the official trailer of director Derrick Borte’ road rage thriller on May 12, 2020. Russell Crowe’ Unhinged has generated over one million views within its first 24 hours of release on YouTube. 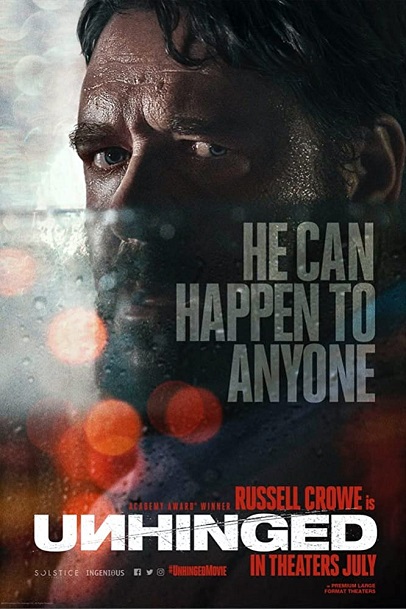 Synopsis:
“Rachel (Caren Pistorius) is running late getting to work when she crosses paths with a stranger (Crowe) at a traffic light. Soon, Rachel finds herself and everyone she loves the target of a man who feels invisible and is looking to make one last mark upon the world by teaching her a series of deadly lessons. What follows is a dangerous game of cat and mouse that proves you never know who you’re driving next to.”

Burek Films, Solstice Studios and Ingenious Media has confirmed that Russell  Crow “Unhinged” will be released in cinemas on July 1, 2020.