SHERMAN OAKS, CA — (05-07-20) — “The Voices” official trailer starring horror movie icon Lin Shaye is a Must Watch! Not only does Lin Shaye star in The Voices but also Amanda Markowitz, Victoria Matlock and Brendan Sexton III round out the case in directors Wesley Alley and Bradley Fowler.

The Voices follows a young woman who seeks sanctuary at a remote family home, where she struggles to cope with her sister’s paranoid schizophrenia and her own sanity before it tears them apart. 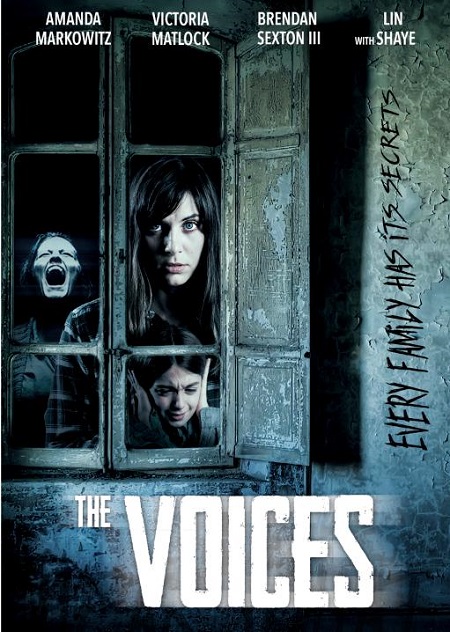 Synopsis:
“After a devastating breakup with her fiancé (Brendan Sexton III), Grace Crawford (Amanda Markowitz) seeks sanctuary at a remote family home. Grace has a bizarre encounter with a mysterious stranger (Lin Shaye) before arriving at the house, which is now occupied by her sister, Catherine (Victoria Matlock).

At first it’s a happy reunion, but soon it becomes clear that Catherine is suffering from paranoid schizophrenia, much like their late mother, who had taken her own life. While coming to terms with this realization, Grace uncovers a terrible secret about Catherine’s estranged daughter and begins questioning her own sanity.

As the lines between reality and dreams are blurred and her sister’s behavior becomes increasingly erratic, Grace must desperately fight to save herself and her family before it’s too late.”

Cinedigm Entertainment Group and Three Tales Productions have scheduled The Voices to be released on May 12, 2020 on DVD, Digital and VOD.