Watch as Jane has to fight for her life when her plane crashes on a remote snow-covered mountain. Paul is the only other remaining survivor and together they embark on a harrowing journey out of the wilderness.

The SURVIVE Original Web-Television series is based on the novel by Alex Morel and directed by Mark Pellington and written by Richard Abate and Jeremy Ungar.

The original Web-Television series is produced by Forma Pro Films and Gunpowder & Sky. Quibi is set to premier SURVIVE in April. 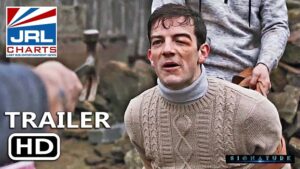