HOLLYWOOD — (03-07-20) — Lucifer Season 5 is coming soon and negotiations for Season 6 are looking good, according to our sources inside Bruckheimer Television.

Warner Bros. Television and Netflix are both close to giving Lucifer Season 6 a green light. It is almost certain that the deal is done because Lucifer star Tom Ellis just completed negotiations for two more season of the popular Web-Television series.

The online network picked up the series after it was cancelled by FOX TV. They delivered more skin, drama and sexuality in Season 4.  The decision for Bruckheimer , and Netflix to go MA-17 paid off as each episode of season 4, scored a 93% out of 100% on Rotten Tomatoes.

Storyline:
“Lucifer Morningstar, bored from his sulking life in hell, comes to live in Los Angeles. While there, he helps humanity with its miseries through his experience and telepathic abilities to bring people’s deepest desires and thoughts out of them. While meeting with a Detective in his nightclub (Lux), a shootout involving him and the Detective leads him to become an LAPD consultant who tries to punish people for their crimes through law and justice.”

Lucifer Season 5 will deliver 16 episodes while Season 6,is expected to deliver between 10 to 13 episodes. However this could change depending on the success Season 5 delivers for Netflix.

While we are all excited over two more seasons of Lucifer Morningstar, we are extremely eager for the release date of Lucifer Season 5 to be announced.

JRL CHARTS has learned exclusively from our friends at Bruckheimer Television that Season 5 Episode 1 is entitled “Really Sad Devil Guy“. 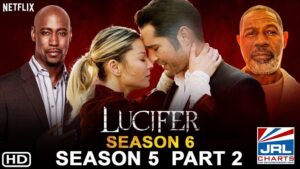 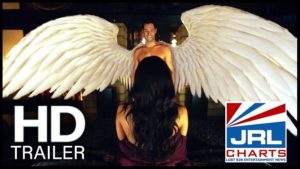