HANOI, VIETNAM — (02-17-20) — Vietnam officials continue to order that young people are to be taught that being gay is a “disease” at home and at school.

Young people are taught that same-sex attraction is a “disease” and a “mental illness” that can be cured and treated. This from conservatives who despite legislation designed to support and protect LGBTQ+ rights, are continuing to do the exact opposite.

Stigma and discrimination about sexual orientation and gender identity contribute to the verbal harassment and bullying of LGBTQ+ young people in Vietnam.

In some cases LGBTQ youth are subjected to physical violence and verbal assaults in their neighborhoods and at school.

LGBTQ rights activists have called on the Vietnamese government to follow the law and protect LGBTQ+ rights.

“Largely thanks to a vibrant civil society-led LGBT rights movement, social awareness and acceptance of sexual orientation and gender identity has increased greatly in recent years in Vietnam. The government’s actions, however, have so far not officially reflected these changes,” said Graeme Reid of HRW.

Last year, Vietnam’s education ministry announced guidelines for an LGBTQ+ inclusive sex education curriculum, but thanks for conservatives shouting and screaming, it has yet been implemented in the schools.

“We need stronger steps from the government to tackle discrimination and create a safe and inclusive educational environment for our youth,” said director Ngo Le Phuong Linh of the ICS Centre, an advocacy rights group in Vietnam.

Cambodia, Japan and the Philippines have all announced legislation to protect LGBTQ+ youth. 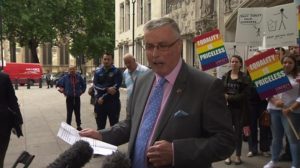 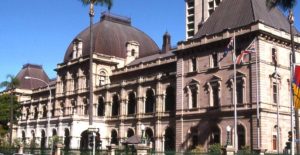