Senator Paul Rose, a well known anti-LGBTQ Republican conservative who calls himself a Christian, is lobbying his fellow Lawmakers to take up his anti-LGBTQ bill.

The new  “Business Protection Act” would prevent state or local governments from taking a company’s internal policies into consideration when making contracts or grants, or changing tax treatment.

Meaning that local governments could no longer require companies they do business with to have LGBTQ-inclusive anti-discrimination policies in place.

Senator Rose says he doesn’t object to federal anti-discrimination law…“But there are some municipalities that have gone above and beyond, and really what they’ve said is if you’ve got a LGBTQ-friendly policy we’ll give you preference over another,” Rose told The Daily Memphian. “And to me, that goes above what the statute says. And it’s just wrong. The next time it could be we’re going to discriminate for another reason and put greater restrictions on you.” said Rose.

The Republican conservative is also getting major backing from the Tennessee Family Action Council, a religious right group who is also heavily lobbying state Senators for passage of the bill as well.

“Senators are having a closed-door meeting about the Business Protection Act (SB 364) sponsored by Sen. Paul Rose and opposition to the bill is strong,” the organization said in an email to supporters last week. “This is a bill we are actively lobbying. Pray that the senators view this bill favorably so that it can move forward in the General Assembly.”

The anti-LGBTQ hate bill is part of what Tennessee LGBTQ activists have called the “slate of hate”. The state’s Republican party picked up that name due to their Legislator taking up a slew of anti-LGBTQ measures last year but thankfully, most of the bills were either defeated or stalled in committee.

Sanders further told the Times Free Press…“We think the primary motivator of this is anti-LGBT bias. “I think one of the things that Family Action Council of Tennessee is looking at is the issue of LGBT-owned companies being included in Nashville’s minority contract program.” said Sanders.

Republican Gov. Bill Lee plans to sign the bill should it ever reach his desk. 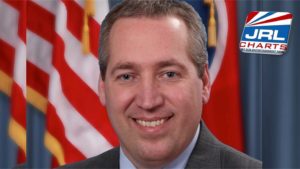