The 12 ballistic missile attack by Iran was in retaliation for the killing of a top Iranian general by a U.S. drone strike ordered by president Trump.

Defense One reported Thursday that U.S. service members were airlifted to Kuwait and Germany military hospitals where they received treatment for traumatic brain injuries.

“Out of an abundance of caution, some service members were transported from Al Asad Air Base, Iraq to Landstuhl Regional Medical Center in Germany, others were sent to Camp Arifjan, Kuwait, for follow-on screening,” Col. Myles Caggins, a spokesman for U.S. military command in Baghdad, told the news outlet.

“About a week after the attack some service members were still experiencing some symptoms of concussion,” the official said, adding: “We only got wind of this in the last 24 hours.”

“When deemed fit for duty, the service members are expected to return to Iraq following screening. The health and welfare of our personnel is a top priority and we will not discuss any individual’s medical status,” the statement continued. 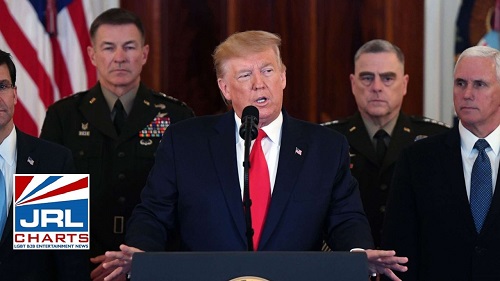 President Trump, Secretary of State Mike Pompeo and several members of the Trump administration told the American people after the strike that here were no U.S> casualties or injuries.

They had to have known that 11 troops were injure in the attack so why lie to the American people? This is one of the many reasons why GOP voters are starting to tire of our dear president as he continues to take American as fools by continuously lying to them.

President Trump addressed the nation following the strikes, stating that Iranian forces were backing down and indicating that further military action would not be taken unless provoked by Iran. Can we believe that as we have seen two more attacks by Iranian militias based in Iraq on U.S troops.

Perhaps this is one of the reasons why the Pentagon, Pompeo and Homeland Security representatives cancelled their appearances before congressional oversight this week.