BAGHDAD, IRAQ — (01-02-20) — Four missiles strike Baghdad Airport near US Military forces.  The airport is engulfed in flames after a total of four missiles landed in the perimeter of the Baghdad International Airport, located near US and Iraqi military installations.

All flights in and out of the Baghdad Airport have been cancelled and US military helicopters were seen flying over the area.  With all four missiles striking the Baghdad Airport in the early morning hours with absolute precision, one has to wonder if this is an Iranian response from the US strike last week that killed Iranian backed militias based in Iraq.

UPDATE: 4:43 P.M. PST – At least seven people, including a senior official with the Iran-backed militia, have reportedly been killed in an apparent US air strike. 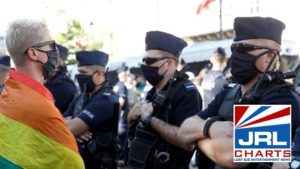