The winner will be announced at the TEAs 2020 award show, which will take place March 15 at the Avalon theatre in Hollywood, California.

Chaturbate COO, Shirley Lara said…that the company as a whole is thrilled to be returning as a sponsor of the TEAs 2020 again this coming year. “There is such a respected staff who display dedication, hard work and commitment that goes into making the event unforgettable,” said Lara. “Chaturbate is looking forward to sharing the excitement of the TEAs Show 2020 with fans around the world.” said Lara.

Similarly, TEA Executive Producer, Kristel Penn, enthused over the announcement. “We’re thrilled about the addition of Chaturbate’s inaugural ‘Chaturbate TS Performer of the Year’ award. The platform is one utilized by so many trans performers and it’s wonderful to see an award created for its community.” said Penn.

The ‘Chaturbate TS Performer of the Year’ Award nominees are:

Shirley Lara added, “Trans broadcasters are many of the most active and vibrant members of the global Chaturbate community and necessary to support the site’s commitment to making the world a more open and accepting place,” introducing the award in recognition and celebration of its trans performers.

For more information about the TEAs 2020, visit them online; 2020 sponsorship packages are now posted. 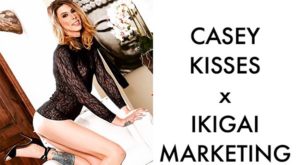