HAARLEM, AMSTERDAM — (12-26-19) — The Vatican has reinstated Gay Dutch priest Pierre Valkering, who was dismissed by his bishop Jozef Marianus Punt, for violating his priestly vow of celibacy.

Father Valkering was thrilled by the Vatican’s decision to reinstate him. Its been six months since bishop Jozef Marianus of Haarlem-Amsterdam removed Gay Dutch priest Pierre Valkering as pastor of Vredeskerk Peace Church.

The longtime LGBT activist told Dutch radio earlier this month that his dismissal was overturned due to procedural errors.

“According to the ruling, it was unclear exactly what Valkering had done wrong, the evidence against him was insufficient, and he was not questioned or given the opportunity to give his side of the story,” said Valkering.

Was the Vatican’ ruling a sign that the debate on Celibacy forced upon priests may be coming to light in the near future? 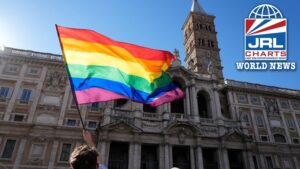