WASHINGTON D.C. — (12-18-19) — President Trump impeached by the U.S. House of Representatives tonight.  The vote makes Trump the third president in U.S. history to be impeached, after Andrew Johnson and Bill Clinton. 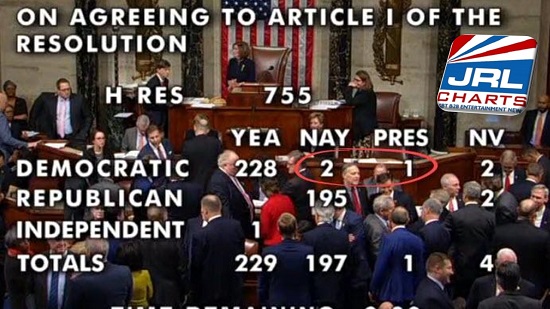 Trump becomes Third President in History to be Impeached

Don’t forget that Van Drew is expected to switch his party affiliation to Republican after major backlash from his constituents and the state’s governor.

The House officially voted for impeachment as the president spoke to 5,400 people at his Battle Creek, Michigan rally tonight.