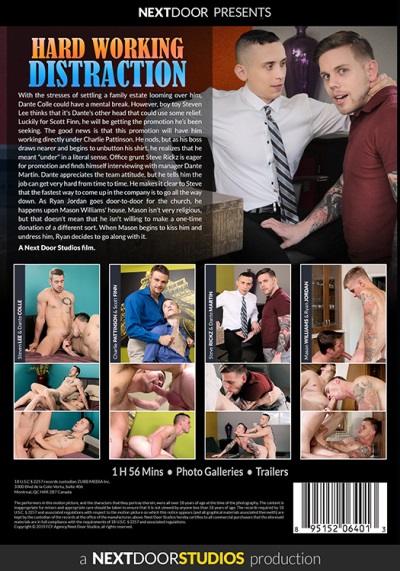 Synopsis:
“With the stresses of settling a family estate looming over him, Dante Colle could have a mental break. However, boy toy Steven Lee thinks that it’s Dante’s other head that could use some relief. Luckily for Scott Finn, he will be getting the promotion he’s been seeking. The good news is that this promotion will have him working directly under Charlie Pattinson. He nods, but as his boss draws nearer and begins to unbutton his shirt, he realizes that he meant “under” in a literal sense.

Office grunt Steve Rickz is eager for promotion and finds himself interviewing with manager Dante Martin. Dante appreciates the team attitude, but he tells him the job can get very hard from time to time. He makes it clear to Steve that the fastest way to come up in the company is to go all the way down. As Ryan Jordan goes door-to-door for the church, he happens upon Mason Williams’ house.

Mason isn’t very religious, but that doesn’t mean that he isn’t willing to make a one-time donation of a different sort. When Mason begins to kiss him and undress him, Ryan decides to go along with it.” 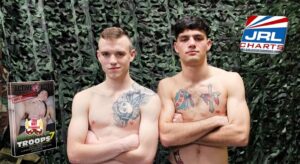 Back With A Bang DVD: Yoel Ortiz, Dante Martin Street in June 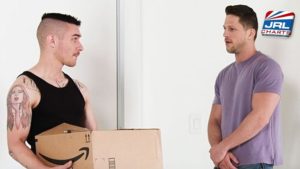