“What excites me about working with Men is that we both share a commitment to bringing forth unique films to this saturated market,” said Matthew Camp. “When I first began working with Men on my “Camp Chaos series”, it was immediately apparent that this company was not afraid to blend art, humor, and sexuality to create the kinds of films I always dreamed of bringing to the public. It’s their commitment to continually reinventing and reinterpreting the adult entertainment field that had me convinced that signing with them was going to be a hallmark of my career,’’ said Camp.

First coming into prominence in the late 2000s as a go-go boy in New York City nightclubs, Camp then parlayed his brand of hyper masculine sex appeal to social media becoming known and lusted after all over the world.

Camp subsequently played a character very close to himself in the 2013 film Getting Go: The Go Doc Project. He’s since been seen in Netflix’s Hurricane Bianca: From Russia with Hate starring alongside RuPaul’s Drag Race winner Bianca Del Rio and in the HBO documentary Wig chronicling the history of Wigstock.

Earlier this year, Camp became synonymous with the OnlyFans platform when he was profiled in a viral New York Times piece about his very lucrative channel, saying “basically, OnlyFans is online go-go dancing.”

He first collaborated with Men.com last spring on the three-part docu-sex series “Camp Chaos”, where he re-created some of his most formative sexual experiences. The project premiered at Toronto’s Inside Out film festival in May and screened at Frameline San Francisco in June.

In yet another surprising turn, Camp announced last month that he would be partnering with Rebecca More (of Cock Destroyers fame) to become co-owners of the online clothing brand Daddy Couture, creating exclusive merchandise catering to both of their fan bases.

Men.com production director Ryan Cash had this to say about Camp…”Matthew Camp is the quintessential all-American male,” said Cash. “He’s simultaneously the campus jock of your dreams and the nerdy boy next door. He has the attitude, the body, the face, but it’s really those eyes that sell it. One look into those eyes and you are his forever. Those eyes are a weapon, and he is not afraid to use them.” said Cash.

Stay tuned for more on Matthew Camp and Men.com in the coming weeks. 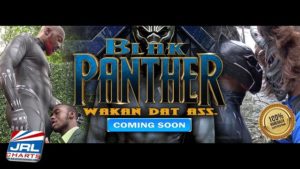 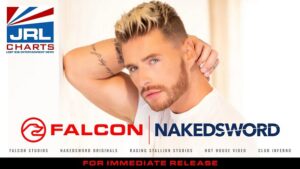 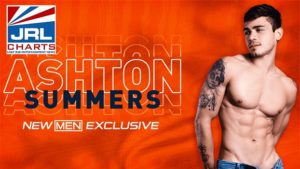 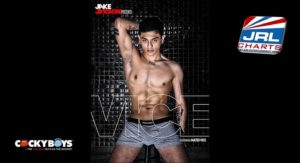 Vice starring Mateo Vice of CockyBoys Is a Hit on VOD 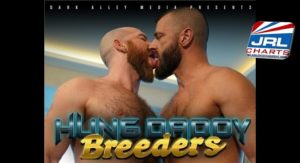