The “Other People” MV is a medium tempo dance track that centers on the message of overcoming your past love affairs and how to replace the bad things you’ve experienced with other people.

Amber Liu is Back with her new “Other People” MV

Other People MV Synopsis:
“Amber fully embraces her sexy side from the first minute of the video as she comes sauntering into a room where a man is tied up. We then learn he is her ex-boyfriend that she is dumping in spectacular fashion!”

Cameo appearances from YouTubers and artists like Mike Bow and FYKE are an added bonus to the “Other People” MV.

Edited by: Rade Blunner | What The Pineapple 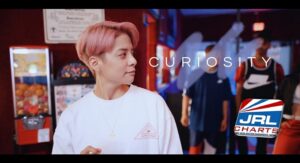