Award-winning Satisfyer introduces new additions to their Satisfyer Multifun and Satisfyer Men pleasure products lines, along with an all new disposable product that would make a great stocking stuffer during the holiday season.

It was designed to be integrated into all relationship lifestyles, and users are encouraged to stretch their imaginations during both solo and couple play.

Like the previous 2 models, the Multifun 3 contains 3 powerful motors; one in the shaft of the toy, and one in each arm. Each motor in the arms offer 10 vibration patterns that can be independently controlled — allowing for 100 different combinations of vibration.

The Satisfyer Multifun 3 is made from body-safe silicone and ABS plastic, and has an IPX7 rating indicating it is fully submersible. A magnetic USB charger is also included.

The Satisfyer Multifun 3 is available in 3 colors 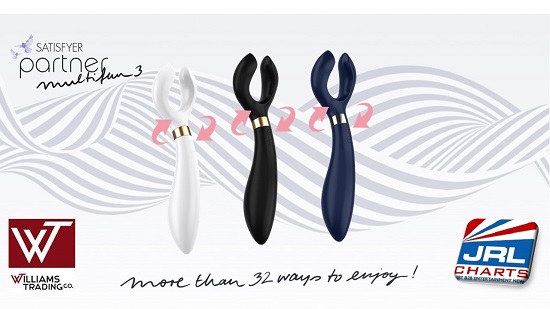 Satisfyer has also added a unique product to their men’s lineup of vibrators:

A wand massager made for a man, the Satisfyer Men Wand features two soft wings that are meant to enclose the head of the penis, and groove texture detail just beneath the wings that further enhances sensation.

The powerful motor offers 50 different vibration patterns that allow the user to fully customize their experience.

Made of silky-smooth, body safe silicone, the Satisfyer Men Wand is rated IPX7 waterproof and has a magnetic USB charger.

The Satisfyer Men Wand can also be found as part of the Satisfyer Men Vibrators training module on Williams Trading University course, the free e-Learning platform available to current and new customers. 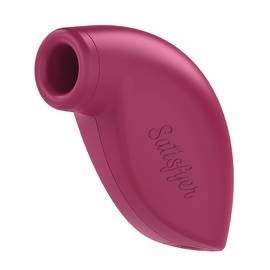 An exciting new product offered by Satisfyer, the disposable One Night Stand offers customers 4 functions and 35 minutes of play time.

With an MSRP of $9.95, the Satisfyer One Night Stand is great for travelers, or as a gift, or even as an introduction to the Satisfyer brand.

Made of silicone and ABS plastic, the “Satisfyer One Night Stand” is discretely sized and can be disposed of after use.

The Williams Trading Company and Satisfyer are gearing up for record breaking sales numbers in retail with these exquisite pleasure products that are now shipping nationwide.

Finally, Satisfyer and Williams Trading Company have released a Next Generation POS display for retail utilization: 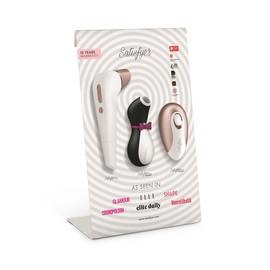 This POS display shows off some of Satisfyer’s most popular 2nd generation products, and the mainstream publications which have featured the brand. This is a must-have for any retail Satisfyer display! 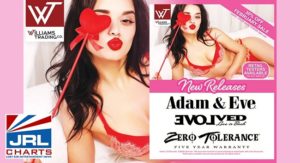 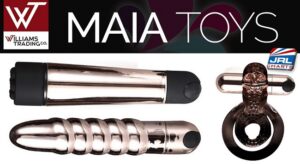 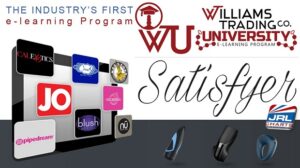 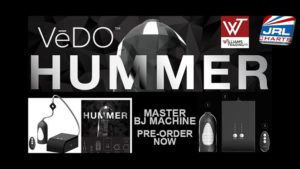