WASHINGTON, D.C. — (10-29-19) — U.S. House of Representatives unveil their Resolution to Impeach Trump. The vote on the resolution on Thursday Oct. 30.

If the resolution captures enough votes for passage, it will clear the way for a formal impeachment proceeding against President Trump to begin. 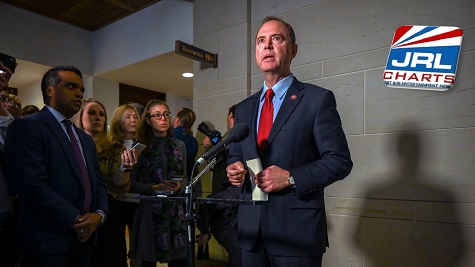 The Democratic Committee Chairs released the following statement in conjunction with the release of the Resolution:

“The House impeachment inquiry has collected extensive evidence and testimony, and soon the American people will hear from witnesses in an open setting. The resolution introduced today in the House Rules Committee will provide that pathway forward.”

The resolution takes away a Republican talking point as the rules mirror Republican rules set forth against former President Bill Clinton.

The chairman and ranking members of the Intelligence Committee can question witnesses for up to 90 minutes, breaking down to 45 minutes for Democrats and Republicans.

The minority can request witnesses to be called and submit subpoenas — but they must be approved by Democrats.

The House Intelligence Committee will issue a full report that will be transmitted to the Judiciary Committee and made public.