According to the Wall Street Journal, he two suspects Lev Parnas and Igor Fruman, were arrested while attempting to get out of the country on campaign finance charges. 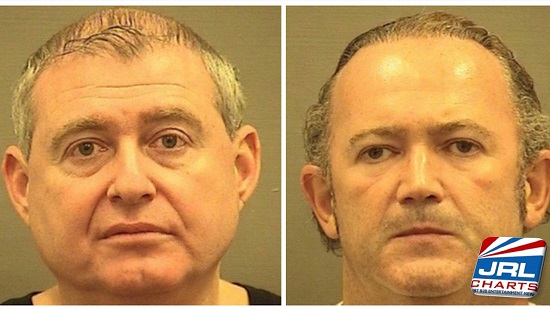 According to the Wall Street Journal, Lev Parnas and Igor Fruman, who were both “donors to a pro-Trump fundraising committee,” were “arrested late Wednesday on criminal charges of violating campaign finance rules and are expected to appear in court on Thursday.”

“The men’s nationalities were unclear, though both were believed to have been born in former Soviet republics,” the Journal reported, adding that the Lev Parnas and Igor Fruman “gave $325,000 to the primary pro-Trump super PAC, America First Action, through an LLC called Global Energy Producers” in May 2018.

“The Campaign Legal Center, a transparency advocacy group, filed a complaint with the FEC in July 2018 calling on the commission to investigate whether Parnas and Fruman had violated campaign-finance laws by using an LLC to disguise the source of their donations,” explained the Journal‘s report.

USA Today reported that “Parnas and Fruman drew the congressional spotlight because they helped arrange a January meeting in New York between Rudy Giuliani and Ukraine’s then-prosecutor general, Yuri Lutsenko.”

It was also learned that Parnas posted pictures of himself with President Trump and Donald Trump Jr. on his Facebook account last year and both Parnas and Fruman have reportedly had breakfast with president Trump and his son.