According to the U.S. Attorney’s office, armed robbery suspect Comet Traye Russell, a 42-year-old felon, faced a judge yesterday on one count of interference with commerce by robbery, one count of brandishing a firearm in furtherance of a crime of violence, and one count of felon in possession of a firearm.

Russell was armed with a black Glock 17 9mm handgun in June when he robbed The Love Store in North Las Vegas, according to an indictment.  Russell’s case was investigated by the FBI Las Vegas Bureau and the Las Vegas Metropolitan Police Department.

He will face a jury trial scheduled for Dec. 2 and faces a maximum penalty of life imprisonment and a $750,000 fine.. 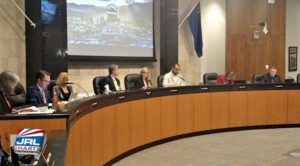