JRL CHARTS premiered the first teaser trailer of The King’s Man on July 15, 2019, and now you get to feast your eyes on The King’s Man extended trailer #2.

The film is a prequel to the King’s Man film franchises, which is loosely based on the comic book series Kings’ Man, created by Dave Gibbons and Mark Millar.

Synopsis:
“As a collection of history’s worst tyrants and criminal masterminds gather to plot a war to wipe out millions, one man must race against time to stop them.”

The comedy film is produced by 20th Century FOX, Marv Studios and Cloud Productions.The film is scheduled to be released by Walt Disney Studios Motion Pictures on February 14, 2020. 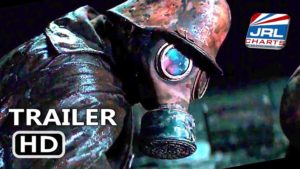