HOLLYWOOD, CA – (09-24-19) (Movie Trailers) – A24 drops the official trailer for “Uncut Gems” starring Adam Sandler in iconic dramatic role as a jewelry dealer to the rich and famous.

Brothers Josh Safdie and Benny Safdie have dropped a sure fire contender for the Oscars in 2020.

From acclaimed filmmakers Josh and Benny Safdie comes an electrifying crime thriller about Howard Ratner (Adam Sandler), a charismatic New York City jeweler always on the lookout for the next big score. When he makes a series of high-stakes bets that could lead to the windfall of a lifetime, Howard must perform a precarious high-wire act, balancing business, family, and encroaching adversaries on all sides, in his relentless pursuit of the ultimate win.

Synopsis:
“A jewelry dealer to the rich and famous must find a way to pay his debts when his merchandise is taken from one of his top sellers and girlfriend.” 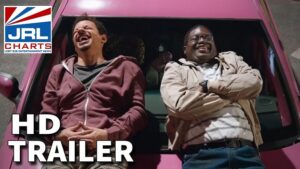